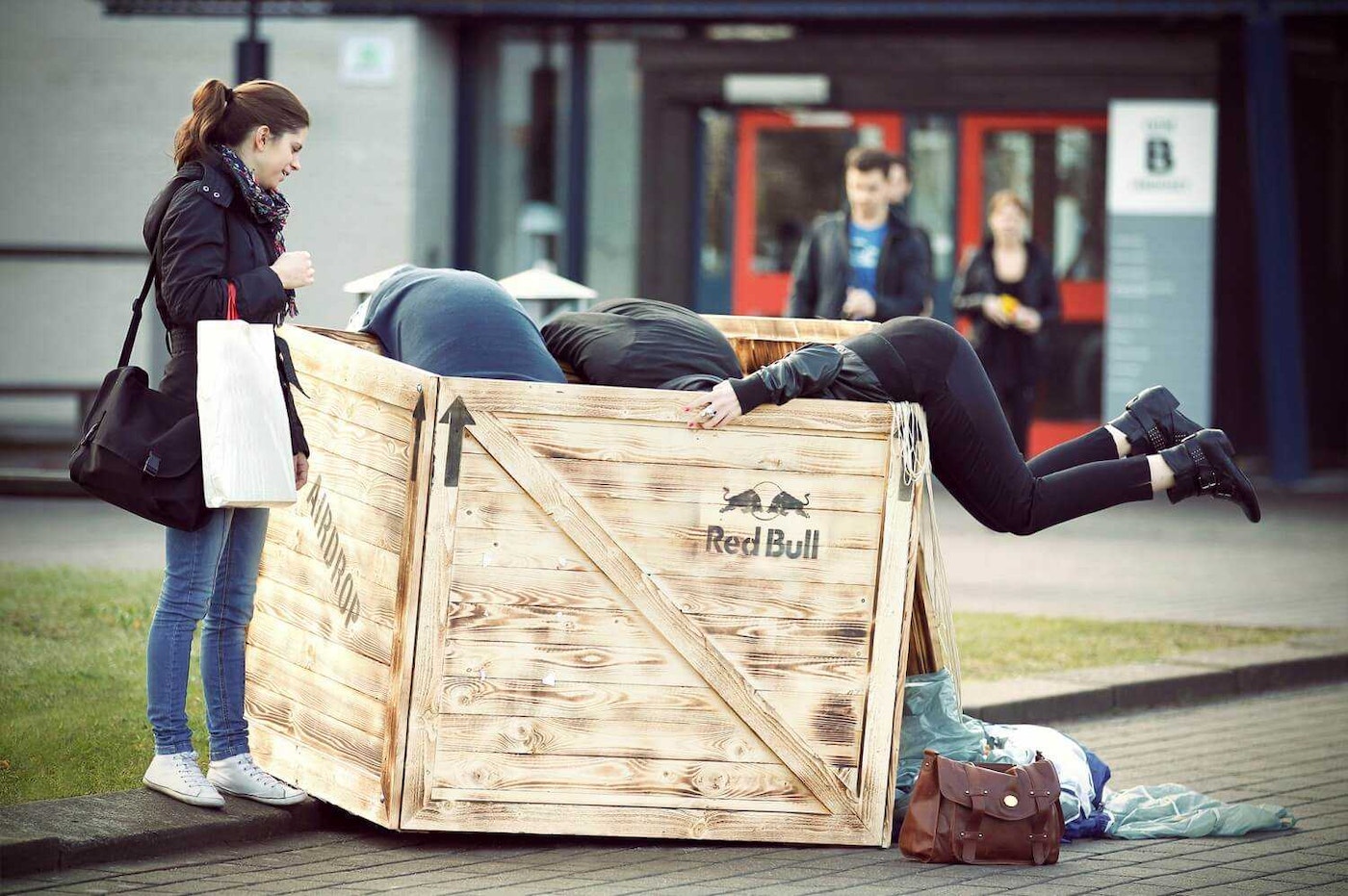 OWN CAMPUS WITH CANS IN HANDS

In one epic night, we helicoptered (or at least it so appeared) crates of Red Bull cans to over 500 campuses in 55 countries on 6 continents. From America to South Africa, Japan to Egypt, Australia to France, students woke up to a mysterious crate that lit up their social feeds.

Perhaps our favorite execution occurred at Arizona State University. For Back to School, we set up a locked metal crate in a key location and challenged students to figure out how to unlock it. On the crate was a large digital number that read 1000… students had to deduce that every time they used the hashtag “#AirDrop” the counter clicked down one. After a thousand tweets, the box opened and gave a thousand students a thousand cans.