COVID-19 has pushed culture indoors and we’re all living this shift: meetings on Zoom, movies on Netflix, meals at home, and dating gone global (hey, who cares about proximity when you’ll never meet up anyway?!).

But one space has emerged where leading-edge Gen Zs tell us they feel they’re still able to roam free and lead rich, full lives: video games. Gaming in the U.S. increased by 75% in March, according to Verizon. Twitch viewership rose over 30% in the same time period, with hours spent on the platform soaring to 43 million per day. This increase in gaming is of course global: Apple’s App Store in China saw a 62% increase in game downloads as their population quarantined. 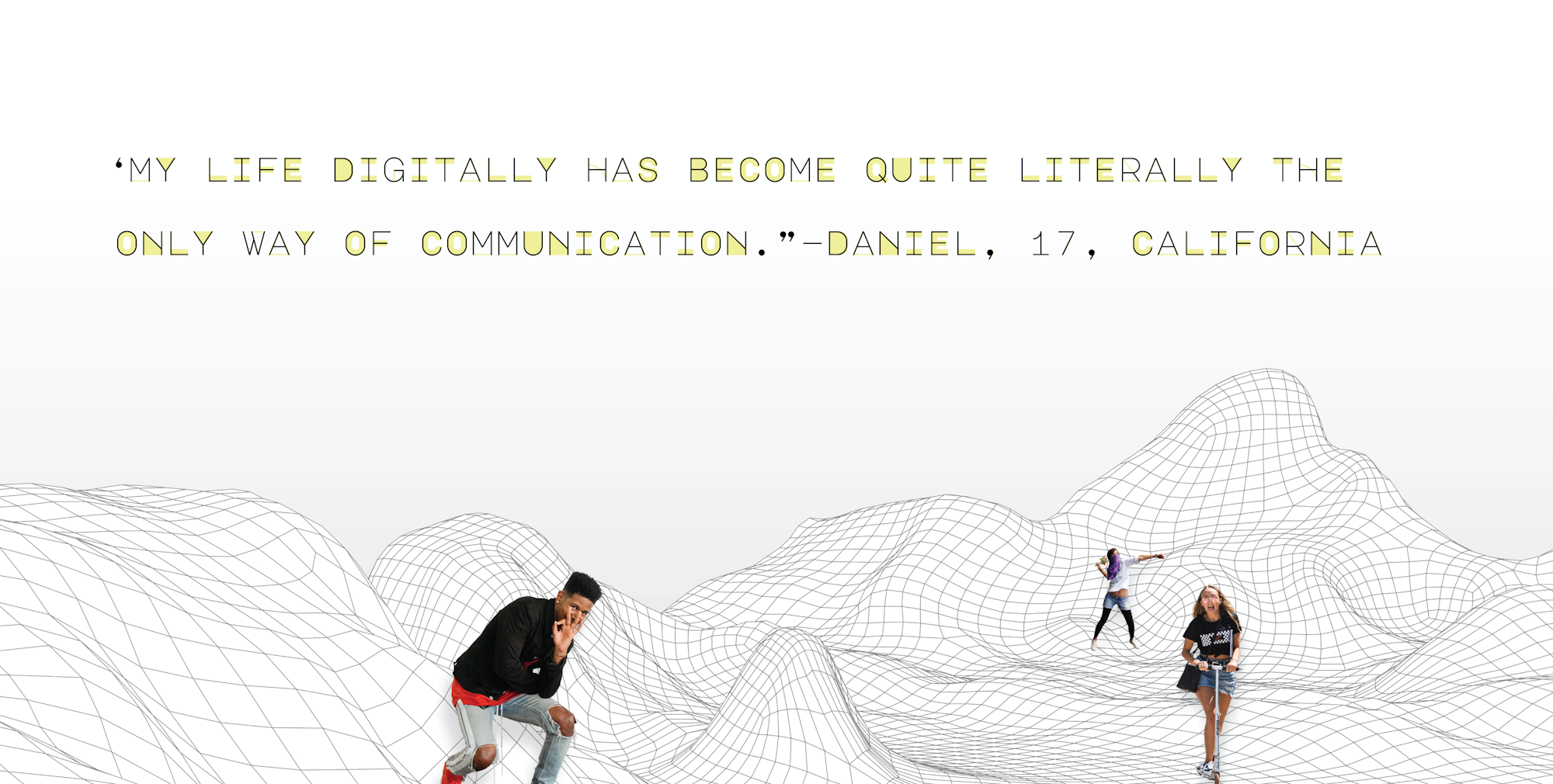 Beyond the sheer volume of gaming happening right now, many teens and twentysomethings are telling us that their second in-game life feels more interesting, exciting, social — even ​“normal” — than their real world lives. Audrey, 18, is a soccer player in her first life, but she’s found that her second digital life is stepping in to fill her athletic desires. ​“I used to play soccer so now I play FIFA with friends, and it works,” she said.

There might be no better example of finding a sense of normalcy in these upside-down times than Animal Crossing: New Horizons, the Nintendo game that’s become a global phenomenon during this pandemic. Sales figures suggest it’s one the strongest game launches in history; it’s certainly captured the zeitgeist, flooding culture and Twitter with jokes, videos and memes. Why? The game’s premise is simple. Players are dropped onto deserted islands, where they engage in simple, menial tasks: they pick fruit, go fishing and catch bugs. The pace is relaxed and players can do as much or as little as they want. There’s no defined end goal. Unlike most modern video games, the design is humble — even childish — and there’s barely a storyline.

In this most unknowable time of global crisis, Zs say Animal Crossing offers a world that’s kinder and gentler. It’s a world where life is simple, routine and even mundane — exactly what they desire. ​“It’s like you’ve been transported to a parallel universe. It’s the universe you’ve always wanted, but can’t get,” Romana Ramzan, a games professor, recently told The New York Times.

Many psychologists believe video games are a source of positive mental health and emotional stability for young people. (For more on the tie between gaming and mental health, check out ALMANAC Vol. 2 which focuses on Gen Z entertainment trends). Gaming is especially vital to Gen Z’s mental health now, as Zs are being laid off at three times the rate of their older counterparts and now find themselves with unwanted extra downtime and a general lack of purpose.

Gen Zs tell us that stepping into simple games like Animal Crossing provides a safe emotional space, which doesn’t currently exist in the real world. ​“Just having something that makes me feel like I’m doing something productive, even if it’s watering plants or planting trees, is very therapeutic,” 23-year-old Akemi told the BBC. Other Gen Zs are recreating simulations of their real-world homes and friend groups in The Sims. Meanwhile, Dodge, 24, said he’s escaping into story-driven single-player games like Hollow Knight, The Witcher 3 and Age of Empires II. ​“These games provide a sense of comfort and normalcy as gaming hasn’t changed as a result of this pandemic,” he said.

One could argue that the whole point of entertainment from YouTube to books is escape, but gaming’s immersive nature is proving profound. Case in point, in a recent BuzzFeed article about the Gen Z medical school graduates of 2020 — who are being fast-tracked onto the frontlines of the pandemic, with and without diplomas — one student said the one thing bringing him comfort right now is (what else?) Animal Crossing. ​“It’s a world I can control,” the recent University of Michigan Medical School grad told BuzzFeed. As the lockdown marches on, the sheath that separates Gen Z’s first ​‘real life’ and second ​‘digital life’ is coming down. Many Zs feel robbed of life events that have been canceled (see Dreams Disrupted), but they’re finding in-game experiences are a valid replacement. Alvaro, 24, in New York City, told CNN about a graduation party he and his friends recently threw in Apex Legends. Three people attended since the game only allows for squads of that size. Rather than graduation caps and champagne, they celebrated by lighting up smoke and fireworks (in-game, of course, since all were self-isolating).

Innovative teachers are turning virtual worlds into classrooms. San Diego middle school teacher, Charles Coomber, held a geometry class in Half-Life: Alyx; the class went viral on YouTube and Mr. Coomber said students’ quiz scores were above average after the lesson. Couples around the world who were forced to postpone or cancel their nuptials are staging elaborate weddings in Animal Crossing; couples in Vietnam and Korea even designed their own traditional wedding attire via the game’s customizable options.

Meanwhile, the entire economy of sports — from youth teams to collegiate intramural leagues, to the NBA to NASCAR—have shifted onto e‑sports platforms. Pro athletes sidelined from basketball, baseball and football leagues are rushing to find new audiences they can connect with from their couches; many have set up their own streaming channels to showcase their Fortnite and Call of Duty skills. It’s a smart move: Gen Zs say they love to see the gaming chops of their offline heroes. Plus, they welcome the entertainment since gaming tournaments are really the only live spectator events that meet the C.D.C.’s social distancing guidelines.

Like these athletes, many Gen Zs see video games as platforms where their increasingly elusive dreams are actually attainable. Stuck back in your childhood bedroom? Build a virtual apartment and fill it with virtual friends. Job gone and internship canceled? Build your own virtual island. Spring sports season canceled? Let loose your competitive edge in Call of Duty. The American dream lives on in your second life.

Expect Gen Z’s embrace of their second lives to cultivate radical new ways of being. Take it from tech entrepreneur Elon Musk, who predicts a future where games become so interconnected with human existence that humans live a simulation. ​“Games will be indistinguishable from reality, or civilization will end. One of those two things will occur,” he said on The Joe Rogan Experience.

It sounds sci-fi, but Musk’s girlfriend, the singer Grimes, recently unveiled an early version of this with her new digital identity, WarNymph. ​“WarNymph is my digital avatar, aka my digital self,” she told The Face magazine. ​“The avatar allows (me) to play to the strengths of digital existence rather than be a human trying to navigate a world that isn’t made for us… The digital body can age, die, respawn, change her face… There’s so much identity potential! My human self is much more limited.” Anyone who’s blown the limbs off a demon in DOOM Eternal is familiar with the power of fully embodying your digital self. One respondent said that’s exactly what’s resonating with him right now: ​“When I’m gaming, I’m not some broke student. I’m the savior of the universe. I have control.”

Grimes forecasts a world where everyone has a full-fledged digital avatar that moves across platforms and games without friction. After all, once you’ve built out your digital style, persona, social circles and skills, why leave it behind when you move from one digital space to another? The next evolution of media could allow us to live through the same avatar even as we hop from League of Legends to Zwift to Animal Crossing, and beyond.

This digital self could also open up lucrative new career opportunities: While physical economies crumble, pro video gaming has emerged as one of the few pandemic-proof jobs. Recent Gen Z grads, who are finding themselves with few professional prospects, will likely take this time to dream up ​“swing for the fence” game-based jobs that allow them to leverage their second life skills. Expect the cottage industry that already exists around helping folks launch gaming careers (from setting up their Twitch streams to branding their YouTube videos) to explode as more Gen Zs attempt to make the turn from hobbyists to pros. Don’t get us wrong — we’re not saying that Gen Z’s second digital lives will entirely replace their real world lives (yet!). For the time being, most Zs still aspire to a real-digital hybrid reality. Community, connection and real-world experiences are basic human needs, especially right now. Gen Z gamers are still in many ways leaning into the best parts of IRL hangs: talking shit and bonding with friends, only now via group chats on Discord, Band and Rec Room. When the doors swing back open after COVID-19, Zs will be eager to engage with friends offline.

That said, don’t expect culture to come back looking the same way it did before. This global lockdown has accelerated mainstream adoption of digital-first experiences. ​“Digital spaces have definitely become my ​‘real’ life during lockdown. Everything I do is now in a digital space,” said Sari 19, in New Jersey. Zs won’t soon forget how quickly reality can fall apart, and how their second digital lives filled the void. 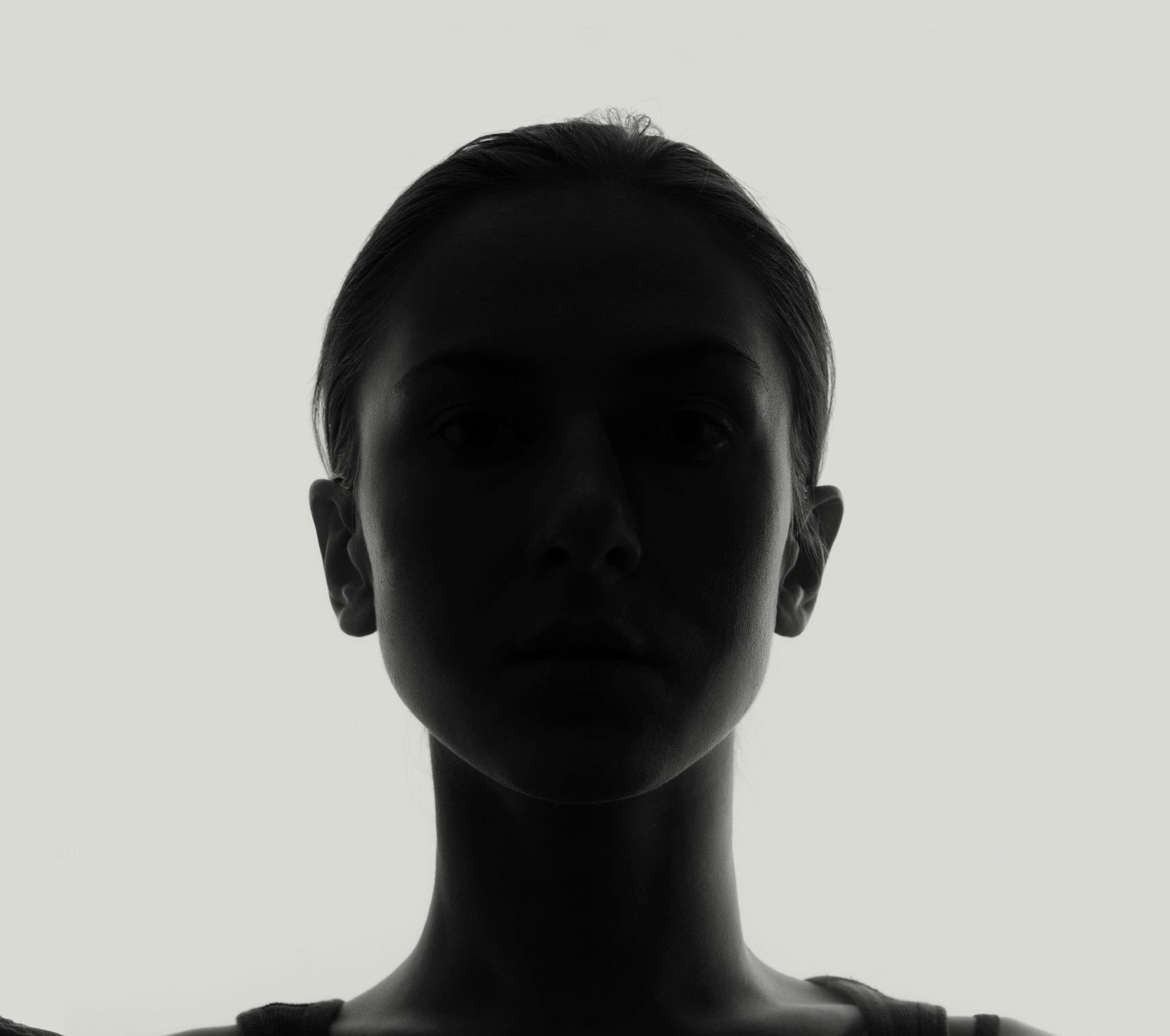 Faces Are The New Logos

Zs see now, more than ever, that brands are made up of the people who work there. 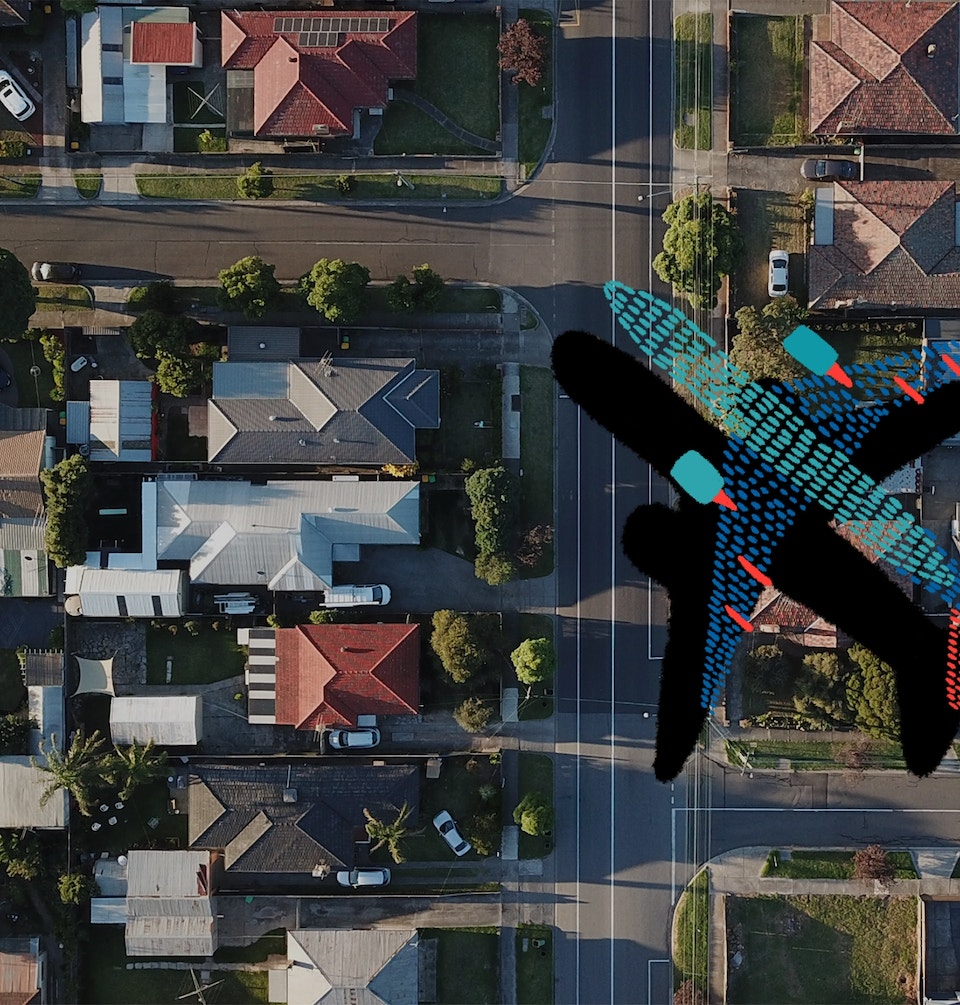