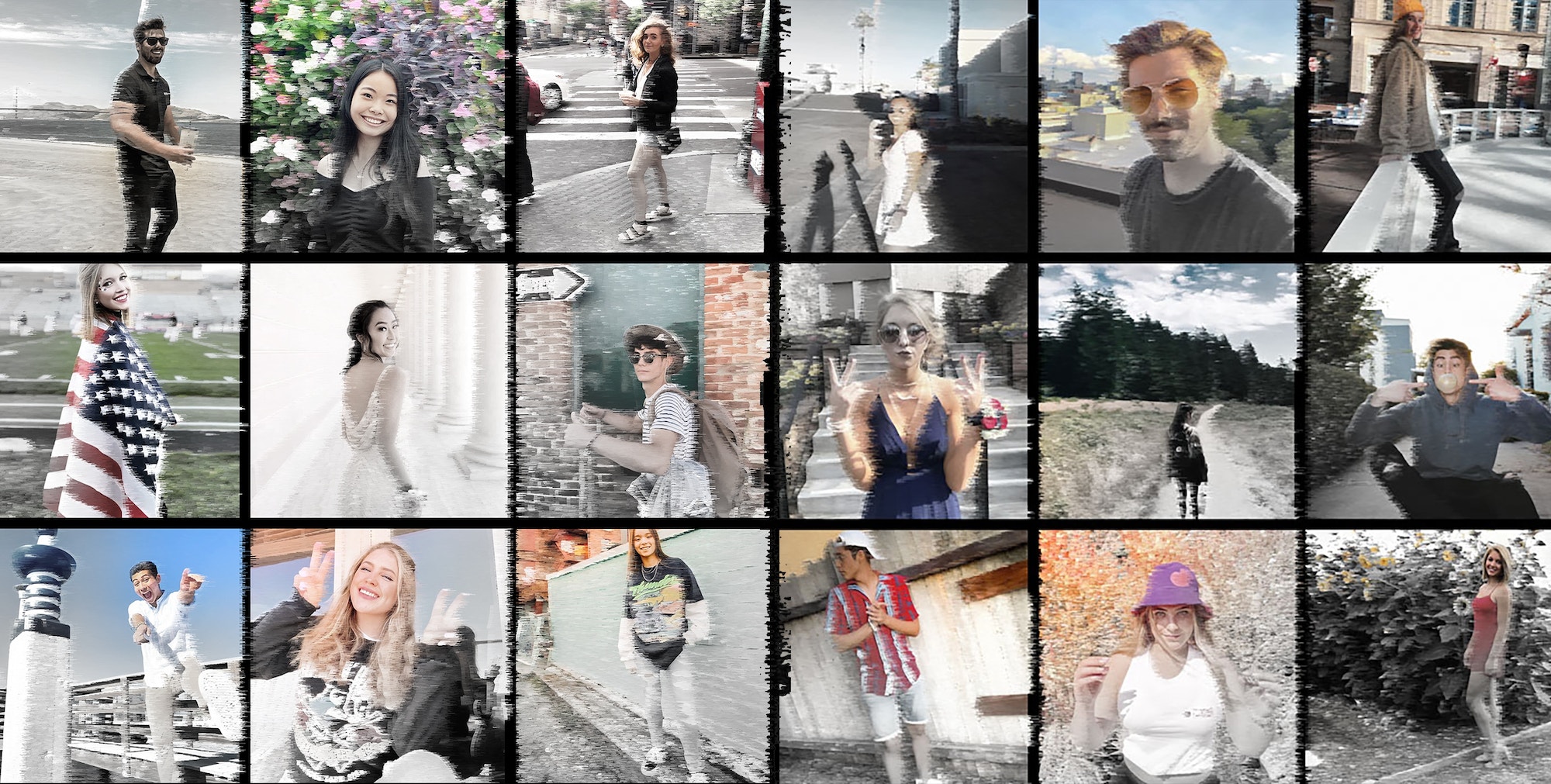 High school and college seniors feel they’ve lost the most. High school senior Cindy, 18, in Washington, D.C., said, ​“After going to school for 12 and a half years, the thought of graduation was what kept me going.” She’ll never have that high school graduation. Gen Z graduates across the country, dubbed ​‘the class of COVID-19’ by The New York Times, have gotten creative to fill the void. Before mass lockdowns, seniors held their own unofficial ​“fauxmencements” where students wore homemade trash bag gowns, called their own names, and received flowers or Frisbees in lieu of diplomas.

It’s not only seniors who are feeling the loss. College students were kicked off campuses with short notice — some weren’t even able to pack up their dorm rooms, leaving them in a sort of modern Pompeii disarray. Many Zs say they have whiplash; life was normal in one moment and completely upended the next, and they’re still struggling to let go of a life they’d been looking forward to. ​“Never did I think that those nights before would be the last time my friends and I would go out together. We had so many plans for our next quarter: Taco Tuesdays, sunset hikes, road trips,” said Dephny, 18, a college student in San Francisco, CA.

Many Gen Zs saw opportunities they considered building blocks for their futures evaporate. ​“My internship with Warner Bros., which I worked so hard to get, was canceled,” said Gab, 21, who had already relocated to the West Coast before being sent back home to her native New York City. ​“I’m really stressed out considering I still need to work and make money.”

While many Gen Zs acknowledge they’re the lucky ones, they’re in mourning for the lives they expected to be leading. ​“I know some people have lost a lot more than me in this global crisis, but we all have the right to grieve those losses in whatever way is necessary,” said 22-year-old Michaela, of Columbia, MO. ​“My whole senior year has been canceled because of this virus. I’ve never been so mad and sad at the same time,” said Taylor, 18, a high school senior in Benicia, CA, who will miss out on graduation activities, including prom and a trip to Coachella.

The Sky That Fell

Of course, Zs aren’t the only ones who have had their dreams disrupted in a moment where the U.S. faces mass layoffs, foreclosures, illness and death. Zs, however, have a slightly unique take on this pandemic because they’ve been told their entire lives that an existential crisis loomed — and that their generation would bear the brunt of it. ​“Our generation has always had something to worry about, like World War III or something way down the line like global warming effects,” said Lauren, 21, from Gretna, LA. ​“I always knew climate change was something we would face, but now we have to deal with the world falling apart in other ways,” said Cooper, 21, in Boston, MA. ​“Our generation has always been ready for a global crisis of some sort, but now that we’re in it, we don’t know the next steps,” said Mathias, 20, in Lancaster, CA.

Zs have already faced their fair share of scary stuff: 9/11 (or at least stories about it from before their time), the 2008 financial crisis and, of course, school shootings. But the fear and anxiety of a global pandemic where a virus can live asymptomatically inside your own body while threatening to kill your grandparents is landing harshly. The dread of this crisis will likely haunt this generation long-term. Cassidy, 24, in San Diego, CA, believes his generation will internalize a sense of impending doom. ​“We may not let it stop us from how we go about our day-to-day lives, but it’s always going to be there in the back of our minds: what’s next?” Daisha, 22, in Lincoln, NE agrees, ​“This isn’t the first time we will feel this uncertain and out of control.” ​“The more hopeless part of me wonders if things will always be this way for my generation, jumping from one disaster to another,” said Fabiola, 18, in Dallas, TX, as she pondered her future. ​“It makes me wonder: will my generation come out on top of everything? Will we even get a chance?”

We expect Gen Zs, like many of us, to embrace a risk-averse lifestyle in the near-term. ​“I think my expectations will become lower,” said Emily, 19, in Waterloo, NE. Zs have already proven to be fiscally conservative before this crisis, and they’ll likely tighten their belts even more. ​“I think I will be more frugal with my money. I knew our society had capitalism intertwined into every facet, but I didn’t realize how much I would be impacted,” said Cade, 21, in Columbus, OH, who said he plans to stockpile non-perishable foods when all of this is over, similar to Depression-era Americans.

A full quarter (25%) of 18- to 29-year-olds believe they’ll be financially affected by coronavirus, according to a poll by The Economist/​YouGov, fielded in mid-March. Almost half (47%) of the same group said they’re very or somewhat worried about losing their jobs. The 1099-class of freelancers, gig workers, service workers and contractors, many of whom have been hit the hardest economically by coronavirus, are more than ready to give up the flexibility of freelance for the benefits of more corporate employment. ​“I would kill for a stable job,” said Samantha in Little Rock, AR. ​“This pandemic will slap adulthood real quick onto people like me, who are still figuring out their lives. I don’t have the luxury to do that anymore.”