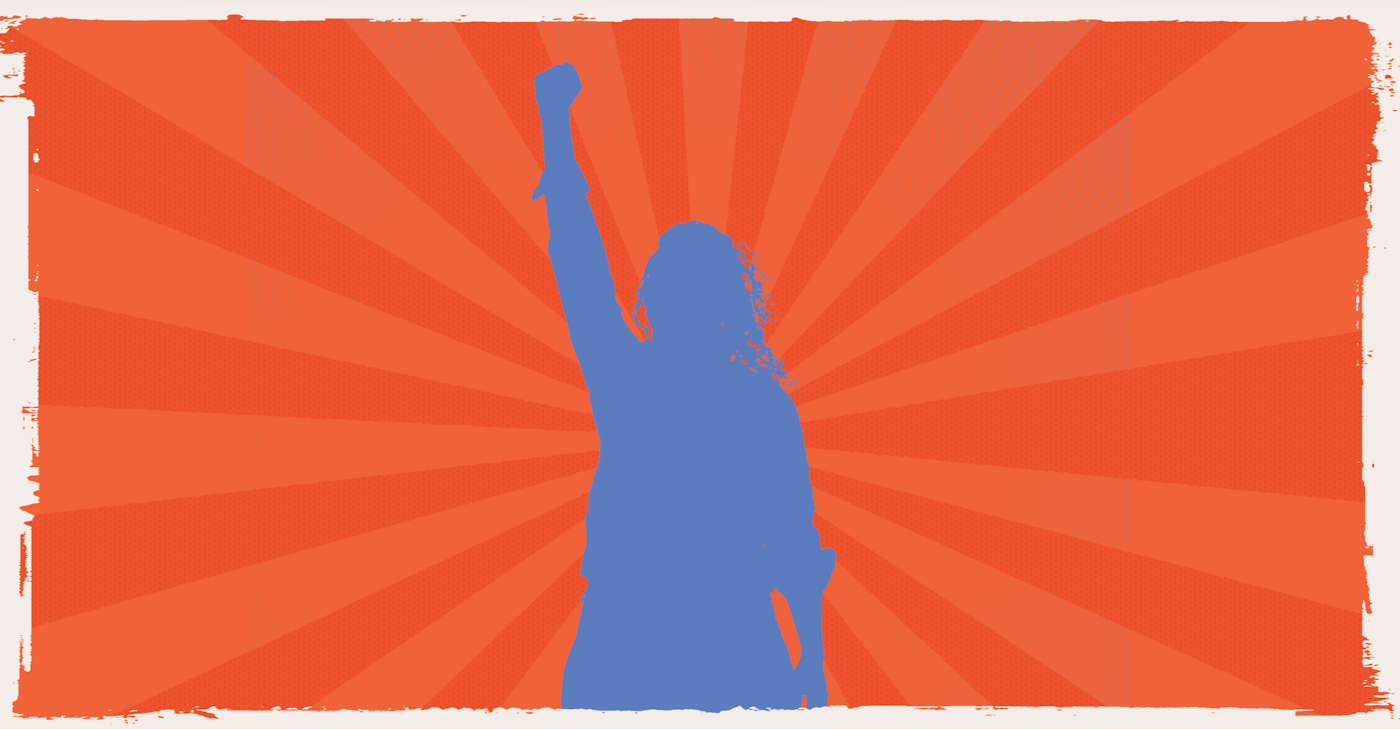 AMERICA: HANGING IN THE BALANCE

While many Gen Z respondents felt that America is a country divided, polarized and fragmented, the overwhelming sentiment was that our reality and future is uncertain. With all the chaos of 2020, Gen Zs are looking for solid footing — and election night did not deliver.

“No matter who wins the election, the results will be contested and there will certainly be violence and general unrest.” — Emery, 19, Syracuse, NY

“We are on the precipice of change born out of anger and frustration, no matter the election outcome.” — Cate, 21, Evanston, IL 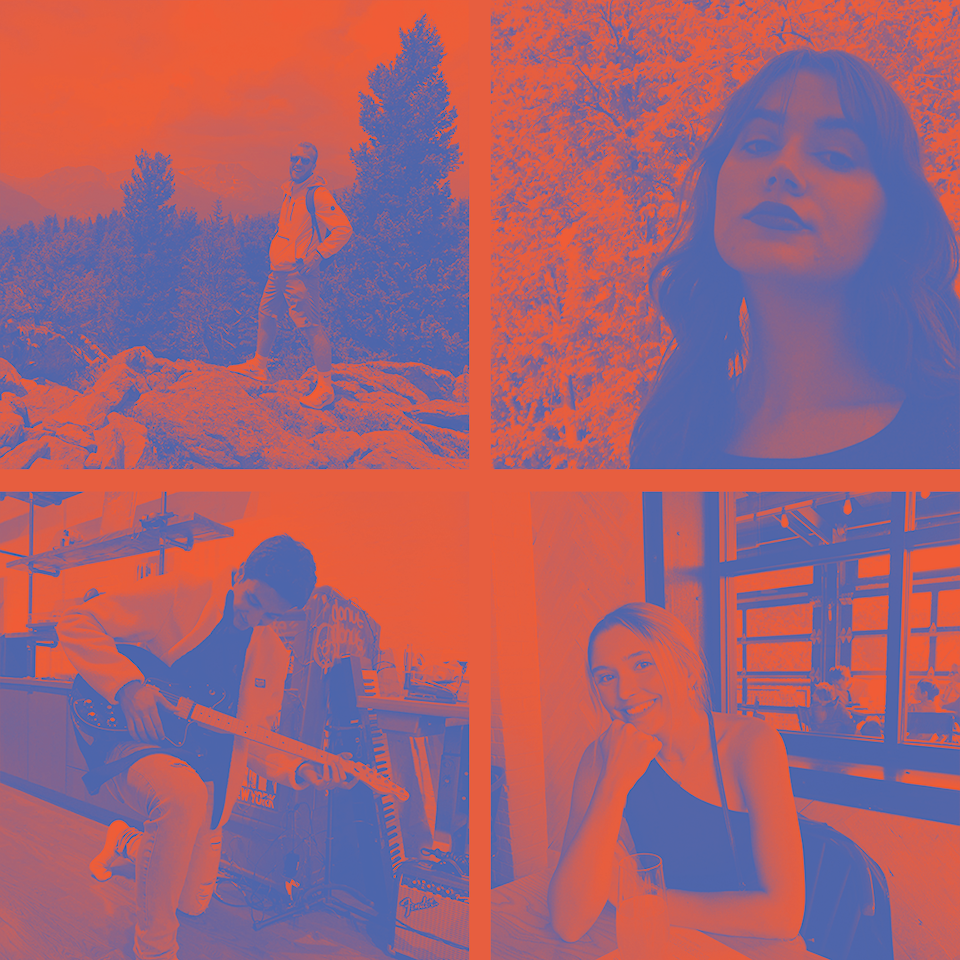 I can almost see our country burning to the ground and I don’t know who will be able to bring us out of the flames. Many Gen Zs said they’re suspicious of the democratic process. They see current voting systems to be disorganized and inconvenient — and that’s before the matter of disenfranchisement.

Young people are typically more likely than their older counterparts to experience barriers to voting, such as not being able to get time off from work, not receiving their ballot in time or having trouble finding or accessing their polling site.

In a recent FiveThirtyEight/​Iposos survey of 18- to 34-year-olds, almost one-quarter (22%) of young adults said when they didn’t cast a ballot, it was because they had faced some sort of obstacle. Plus, voting is an area where young voters simply lack experience: some Gen Zs told us they’re intimidated by a process they’ve never done before.

“When lines take hours to get through, when formerly and currently incarcerated people are kept from voting, when there is an unending onslaught of lawsuits trying to throw out ballots or not count them, it would be ignorant to suggest democracy is meaningfully functioning in the United States.” — Leemah, 25, Omaha, NE

“Mail-in ballots from conservative states have been thrown out and rejected at record rates, drop-off boxes have been few and far between in my area, and voter intimidation is at an all-time high.” — Annette, 18, Torrance, CA

The president was very aggressive towards mail-in voters and I personally think some people didn’t vote because they thought their vote wouldn’t count.

Gen Zs continue to feel their generation will be responsible for fixing the problems previous generations created, from climate change to gun control. This is especially true of 18- to 21-year-old so-called ​“growing voters,” who are civically minded and politically active. More than four in five of this cohort believes in the power of youth to create social change, according to a recent survey by CIRCLE/​Tisch College.

In the 2020 presidential election, Zs’ belief in their own power seems to have translated at the polls, as youth voter turnout surged during early voting. Qualitatively, we heard from a number of first-time voters who said they simply had to make it to the polls in 2020 to take part in an ​“election of a lifetime.”

“I have never been so proud to be a Gen Z in my life. It is very unfortunate that many people of my generation are too young to vote. But from what I’ve seen, I think we have done a pretty good job making our voices heard and showing we are not willing to sit on the sidelines if we can help it.” — Hannah, 22, Athens, GA

“My generation is being flooded with information constantly all day long and we utilize social platforms to express ourselves more than any other generation. We are the future of the country and my generation takes pride in showing what we believe in!” — Max, 22, Tempe, AZ

…AND THEY WELCOME AUTHENTIC BRAND PARTICIPATION IN MAKING CHANGE.

“Vote!” was a popular rallying cry among brands and celebrities alike this election cycle — and some Gen Zs are concerned that politics will now fade away like just another seasonal trend. Zs want to see brands’ political commitment continue, and feel it’s important for brands to prove that their political messaging was genuine. Many Zs would like to see brands get more involved in local elections, especially with efforts around education and get out the vote.

“Myself and many others will be paying attention to what brands continue to advocate for activism. Brands who dissolve this initiative are those who adopted the messaging solely for temporary gains. The brands who take a break now didn’t enter the discussion for the right reason, because politics never breaks.” — Jacob, 22, Boston, MA

“I would love to see brands continuing to use their influence in political and social spheres after the election is over. Brands such as The North Face, Patagonia, Burton and Jones have all been using their influence for political activism for years prior to the 2020 election.” — Griffin, 23, Tahoma, CA

“Our generation calls for authenticity, and can sniff out a fake pretty easily. One brand that’s really stood out to me lately has been Ben & Jerry’s. I appreciate that they’ve addressed the importance of local elections, and have donated to countless causes like voting rights as well as shedding light on issues with the criminal justice system.” — Morgan, 22, Exeter, NH 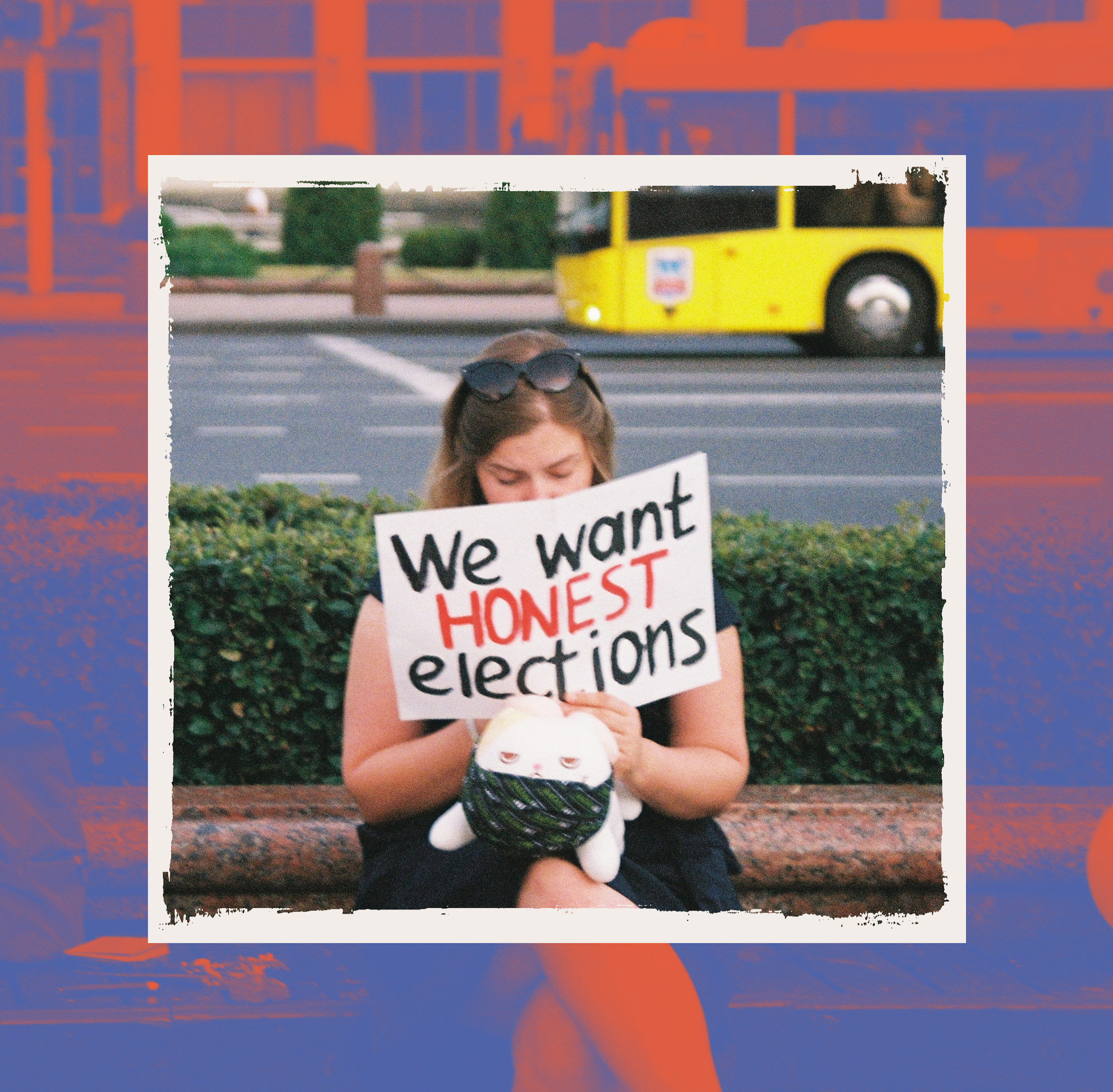 SHIFTING FOCUS FROM ELECTIONS TO ISSUES.

Many Zs are feeling a sense of urgency to shift efforts back to the issues that are close to their hearts, from healthcare access to environmental protections to Black Lives Matter.

Interestingly, the economy has recently emerged as a top issue among youth voters for the first time in decades. The economy is the most important issue among 23% of 18- to 29-year-olds, according to a recent Harvard Youth Poll. That’s not super surprising when you consider that young adults are still establishing themselves and building up a financial cushion — but it does represent a generational sea change from Millennial concerns.

“I would appreciate a break from Republican vs. Democrat and Right vs. Left, but posting about important issues such as civil rights, Black Lives Matter, healthcare, and so on, is important and helpful.” — William, Springdale, 25, UT

“Just because the presidential race is over does not mean all issues that we were fighting for have been resolved or that we should not care about them anymore. It’s important to stay up to date with what’s going on in the world and even more important to care about them.” — Tori, 24, Omaha, NE

Gen Zs are looking forward to making their voices heard and enacting positive change beyond the polls.

Many Zs told us they’re more than ready to get back to grassroots boots-on-the-ground activism, such as marches and demonstrations. This is especially true among younger Gen Zs who weren’t eligible to vote in 2020. Those younger than 18 years old told us they’re eager to up their involvement in the democratic process in any way they can, from pre-registering to vote to volunteering at the polls. In fact, hundreds of teens across the country worked at polling sites this election, as COVID-19 presented a health threat to older poll workers.

Zs we spoke with celebrated brands such as Old Navy, Target and Warby Parker, for paying their employees to volunteer at polling sites. Some Zs even said that volunteering at the polls was just as important as voting this year.

“We have to back our votes with consistent civic participation outside of voting — holding elected officials accountable for their decisions and reminding them that they work for us, not the other way around.” — Sofia, 20, Santa Clarita, CA

“I think it would be amazing if brands were promoting working the polls, in addition to promoting voter registration. Most states allow high school students to work the polls in exchange for volunteer hours or a paycheck. There are also so many other ways for me to continue making an impact on my community, from phone banking to volunteering to organizing to lobbying and so much more — the opportunities are endless.” — Isabella, 17, Houston, TX

My age makes me feel helpless as I watch the world turn upside down due to the elections and I’m sitting at my computer screen watching it all happen. I want to do more.

Listen as we discuss Gen Z’s election response and what else is happening in culture this week on the ALMANAC Podcast. 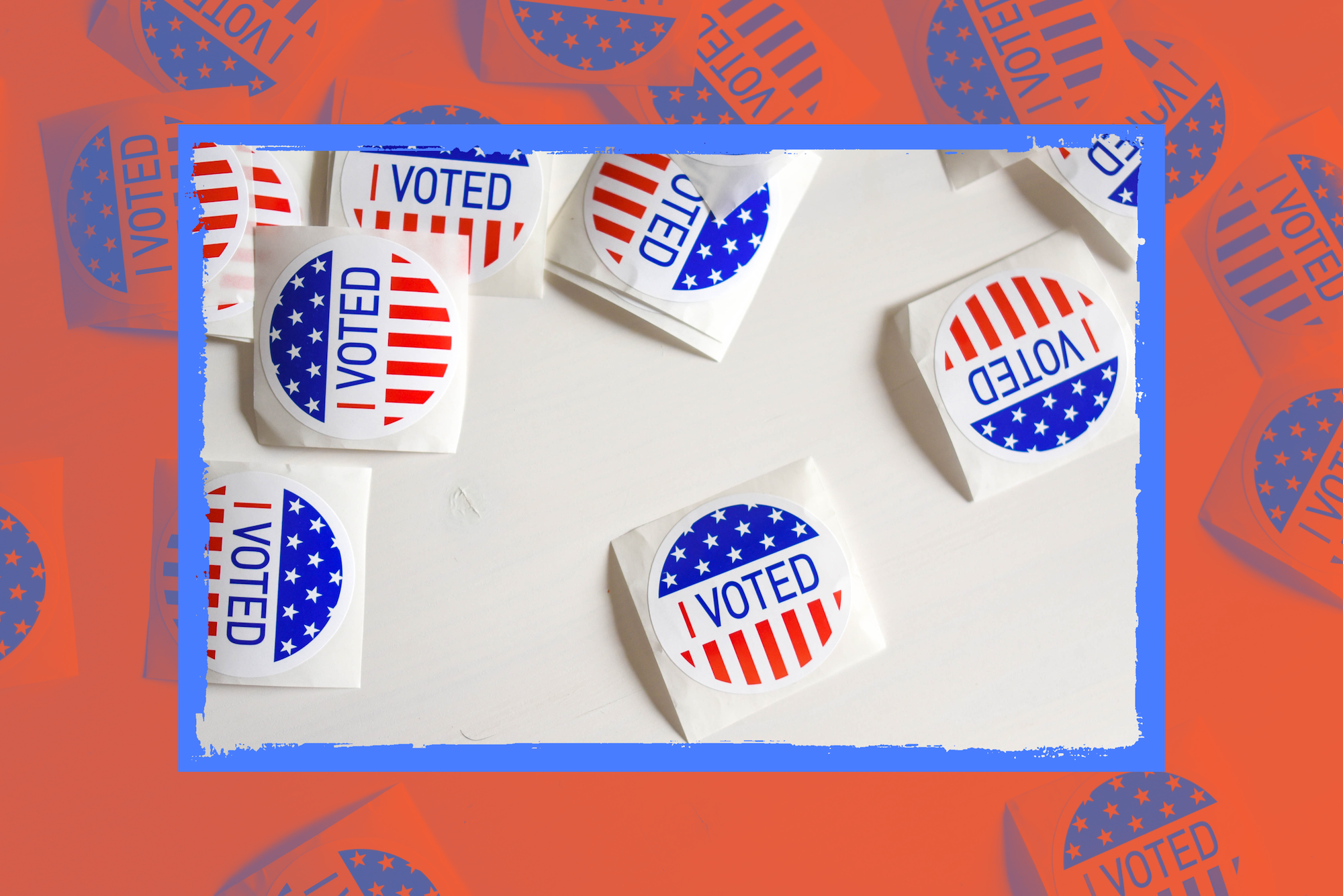 This qualitative study was conducted among 65 Gen Zs via text message survey leading up to and on November 3, 2020. Two dozen respondents were handpicked from the Archrival Insights Community to participate, and additional participants were sourced through social media call outs. Respondents range between the ages of 15 to 25 years-old, and reflect a diverse range of demographics, experiences and political affiliations. 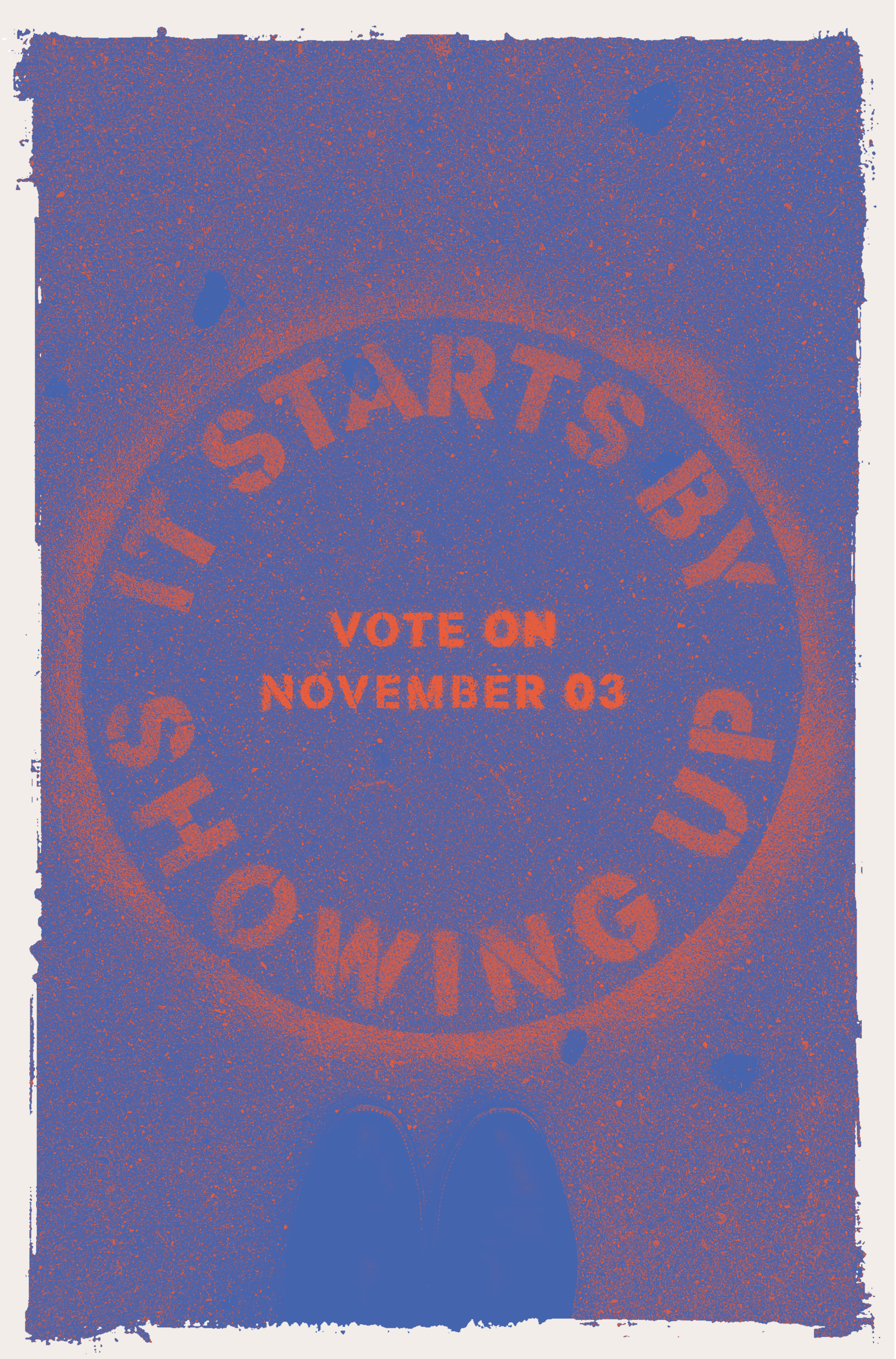 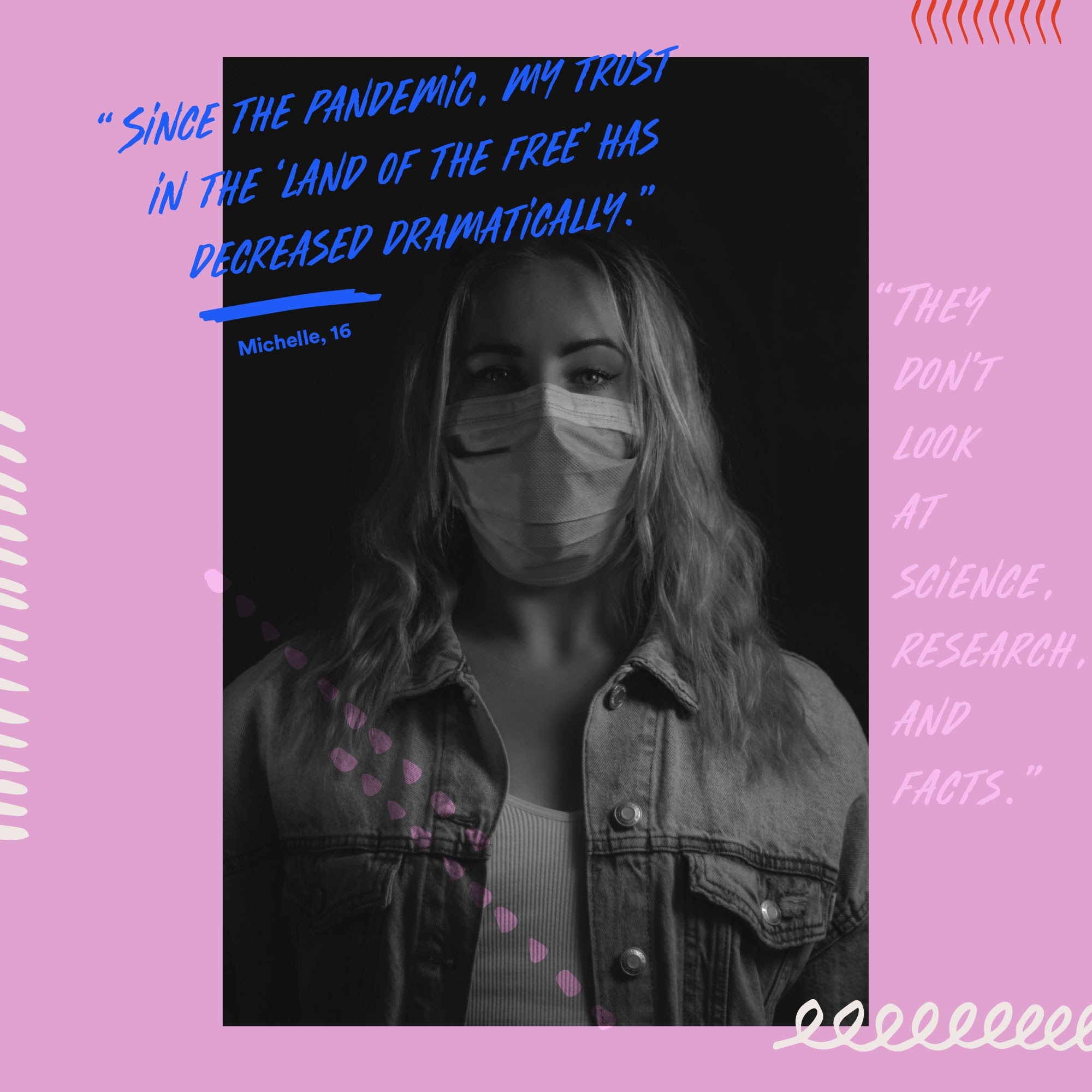 Gen Zs are reinventing the notion of trust, as they turn to each other above all else. 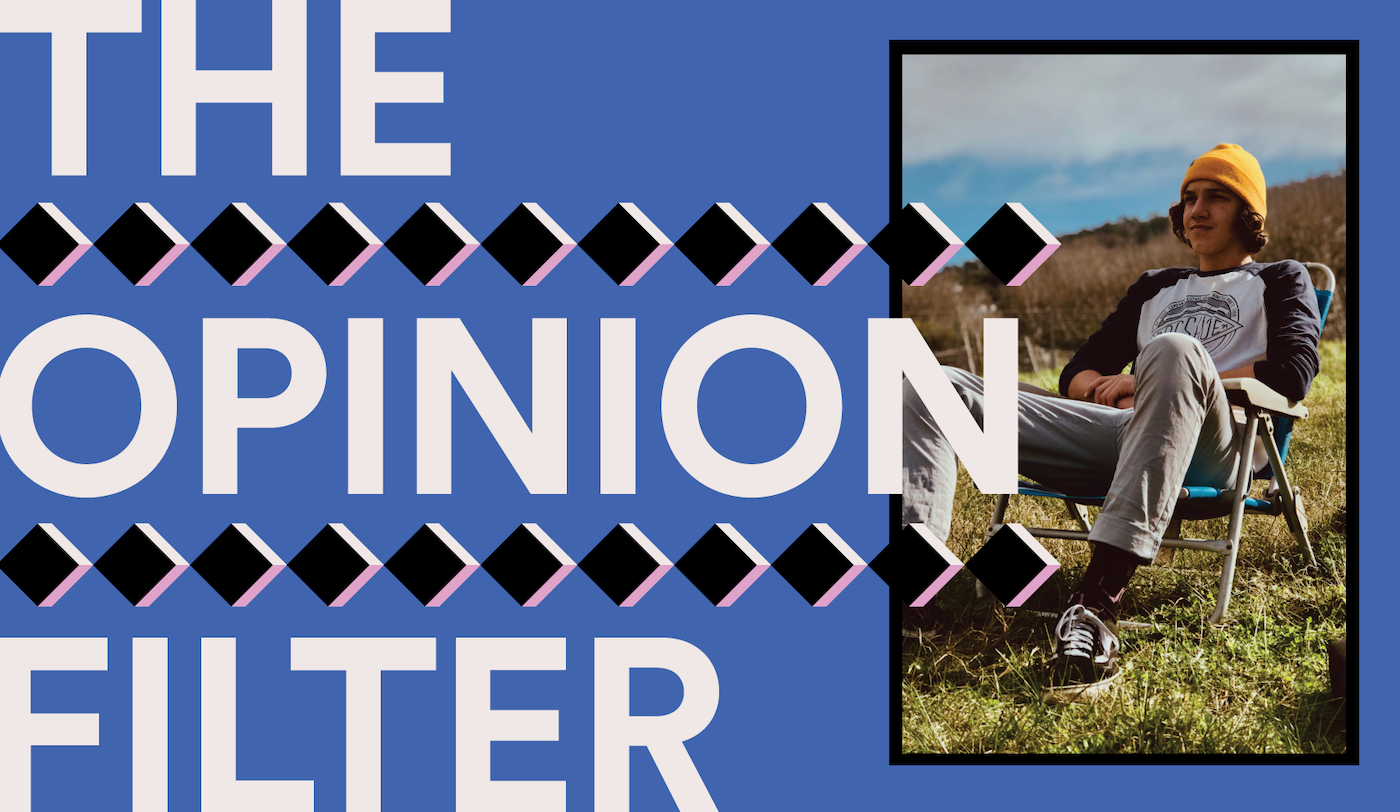 Gen Zs are increasingly turning to their peers as superior indicators of taste and as their filters for what to believe.
New ALMANAC Trend ReportIntro to Gen Alpha