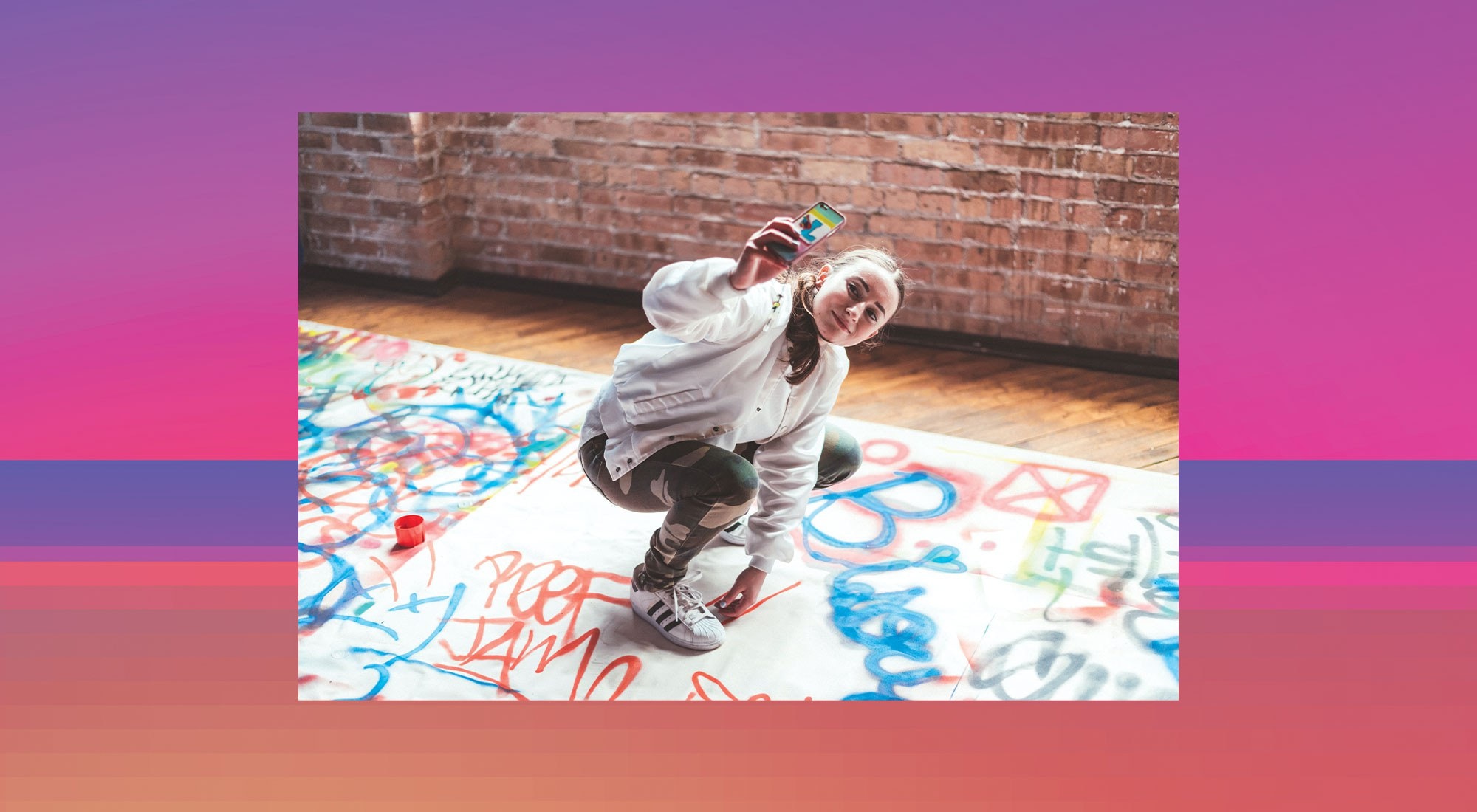 Gen Z believes that advanced technology has placed all the power back into the hands of the artist, industry procedures and cultural norms be damned. They’re not waiting for your permission or approval. They won’t take ​“no” for an answer. In fact, they never asked for your opinion in the first place.

While their Gen X parents cried, ​“Stick it to the man!,” Z creators have transcended angst and arrived at apathy. In this new era of albums cut at kitchen tables and feature films shot on iPhones, the industry executive is rendered almost obsolete. The artist is now the creator, producer and promoter simultaneously. Who needs validation from a label or studio? Why wait to be ​“discovered” when everything you need to make it big is in the palm of your hand?

I’ve got a lot of stuff on Soundcloud. I’ve got almost 7,000-some followers. It all started with me doing voice memos, just singing into my phone.

“Technology is now helping these young people work around the barriers to entrance,” said Ras Brothers, Executive Director of The Remix Project, a youth-focused arts program in Chicago. The program helps youth from disadvantaged communities forge careers in creative arts. What surprises him most about this generation, he said, ​“is their collective self-starter mentality.”

“We were in here listening to samples of work and they would say, ​‘Oh, I recorded this on my phone. Yeah, I got the beat off of YouTube and then I laid my vocals and mixed it on this program on my phone,’” said Brothers. ​“This whole idea of lack of resources — ​‘Oh, I can’t get into a studio’ — is gone. They can virtually do it all on a phone.”

It’s changed the way young creatives perceive big brands and corporations. To them, they’re nothing more than cultural gatekeepers, sitting at boardroom tables discussing which projects get funded, which pieces get published, which artists get sponsored. Gen Z is pushing back by carving their own paths to success, sending a clear message to industry leaders: ​“If you’re not going to spur us forward, get out of the fucking way.”

Chance the Rapper, famous for taunting labels with his single ​“No Problem,” may be the poster child for this sentiment. He’s been offered numerous deals by big-time labels, but turned them all down, opting to stay independent. He even became the first artist to win a Grammy without selling a single physical album. When Rolling Stone asked if he’d ever consider signing, he answered, ​“There’s no reason to. It’s a dead industry.”

It’s an attitude echoing across category lines, and filtering down to amateurs and aspirers. When surveyed, less than half of Gen Z said their goal in creative pursuits is to be picked up by a bigger entity. They’ve seen their peers hone their craft and rise to the top on their own terms and have little interest in doing it any other way.

Zs have known nothing but unlimited access to all types of creative work: the good, the bad, the ugly and the downright bizarre. The internet made space for all of it and, in doing so, leveled the playing field. Artists that previously lurked on the fringes suddenly had the means to reach a wider audience than ever before. The shift blurred the lines between ​“mainstream” and ​“subculture.”

“Now, it’s just culture,” said Ras Brothers of The Remix Project in Chicago. ​“There are young people that come from an urban environment who want to be in a punk band. Then there’s kids from the ​‘burbs who maybe want to Neo Soul. And you’re like, ​‘Wow, where did you get that inspiration?’ You just don’t know anymore. I feel like it’s a free-for-all.”

Creatives, we got a lot to say. You just have to actually listen.

Gen Z creators feel no pressure to mold their work into something that will fit neatly into an industry’s existing categories. They’re free to color outside the lines, to claim new genres and fuse different media together. They refuse to be pigeon-holed into a single craft. Take Mikey Alfred’s skate crew/​production company/​clothing brand, Illegal Civilization, or BRUJAS, a crew out of the Bronx fusing together political activism and skate culture, or Lil’ Yachty who built his career from a music genre he called, ​‘bubble gum trap.’ Nothing is off limits, and everything has an audience.

“There isn’t so much of the cookie cutter approach as there was when the industry had a for sure way of making records sell. Since everybody’s doing it right now, there’s a lot more experimentation,” said Jack Flash, Dean of Recording Arts at The Remix Project.

Culture may have once trickled from the top down, passing first through the aforementioned gatekeepers and into the hands of the general public. Now, it’s born on the streets, captured on social and distributed to the masses organically. In this new landscape, the brands that earn the respect and loyalty of Gen Z are the ones who listen, who collaborate and recognize that they are only a single voice in a much larger conversation.

Death Of The Hobbyist

Gen Zs are the first generation to approach social media as a tool — a platform to launch careers in design, art, business, photography and music. And it’s working. Some are becoming fully-fledged entrepreneurs before they walk across the stage at their high school graduation.

Millennials may have set the precedent for the self-made artist with the rise of the Social Media Star, but Zs are the first to chase it intentionally. Millennial teens test drove social, posting original content just to share with friends. A handful stumbled clumsily into celebrity. Zs have watched internet phenomenons like Tyler Oakley and Zoe Sugg generate sustainable careers in media via social, and they want in on the action.

I don’t give a fuck if you validate me or not.

Mikey Alfred was barely a teen when he started filming his friends skateboarding. By the time he was 16, he had created what is now known as Illegal Civilization, a skate crew, clothing brand and production company out of L.A. He’s since toured with the likes of Frank Ocean and Tyler the Creator, and produced the film Illegal Civilization 3 for Viceland. It’s an extensive and impressive resume for anyone, let alone someone in their early 20’s. But Mikey told us that his creative pursuits were always intentional. Filmmaking was never, ever just a hobby. Becoming a creator meant committing to a certain kind of lifestyle, one that promised struggle and challenge, but also autonomy and a deep sense of purpose.

“I have 100% control over my destiny, which is empowering,” said Alfred. ​“But it also means that there’s no safety. There’s no time for inadequacy or to be lazy or to work with people who don’t get it. Being a creator means you create your livelihood.”

He’s not the only one who’s opting to make his own way. As university tuition rates continue to rise, Gen Z is challenging the notion that college is a necessary step to success. They watched Millennials follow traditional paths to a saturated job market in the midst of economic recession. Suddenly, playing by the rules seemed less appealing. Many are instead choosing to dive right into the work force.

“You have to make your own path,” said 19-year-old photographer and director, Tyler Mitchell. ​“The stuff that my parents did, I’m not going to be doing those things — working their way up the ladder. So I think for me, I know how important it is from the get-go to start creating and producing work. Coming of age amid unprecedented levels of existential stress, they’re navigating how to both cope with confidence and also lean on others. 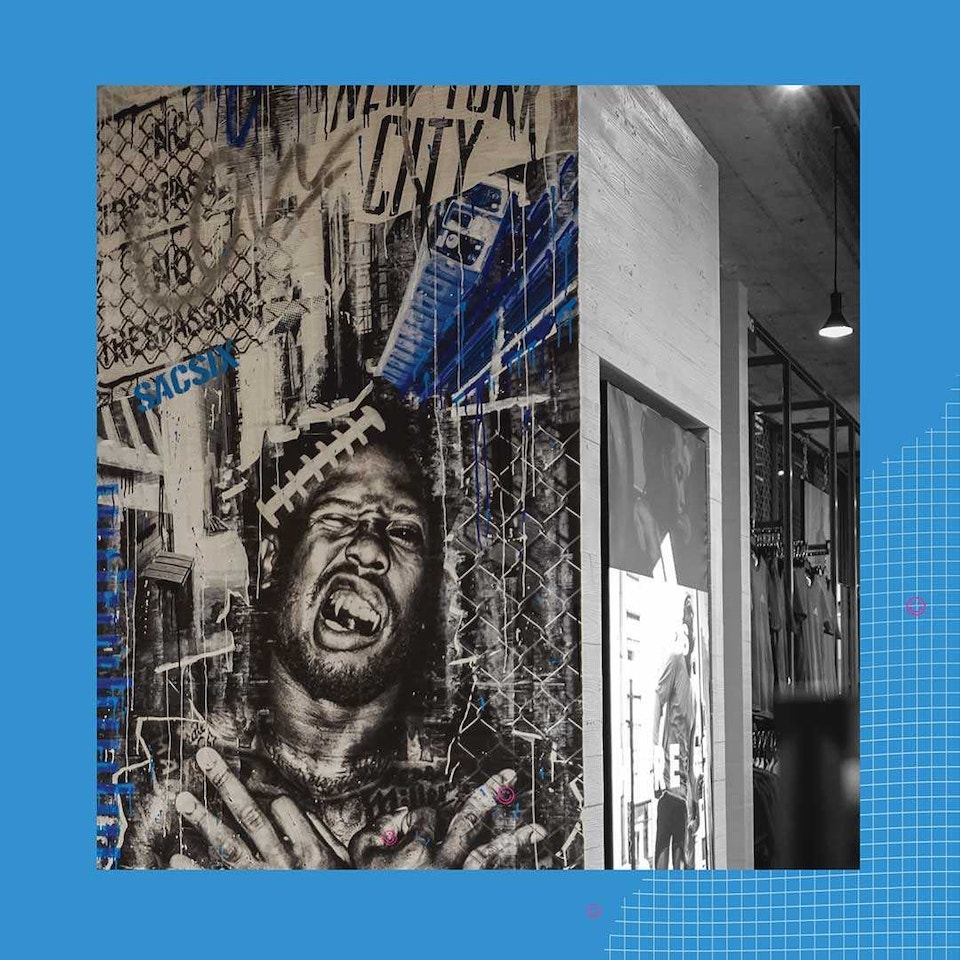